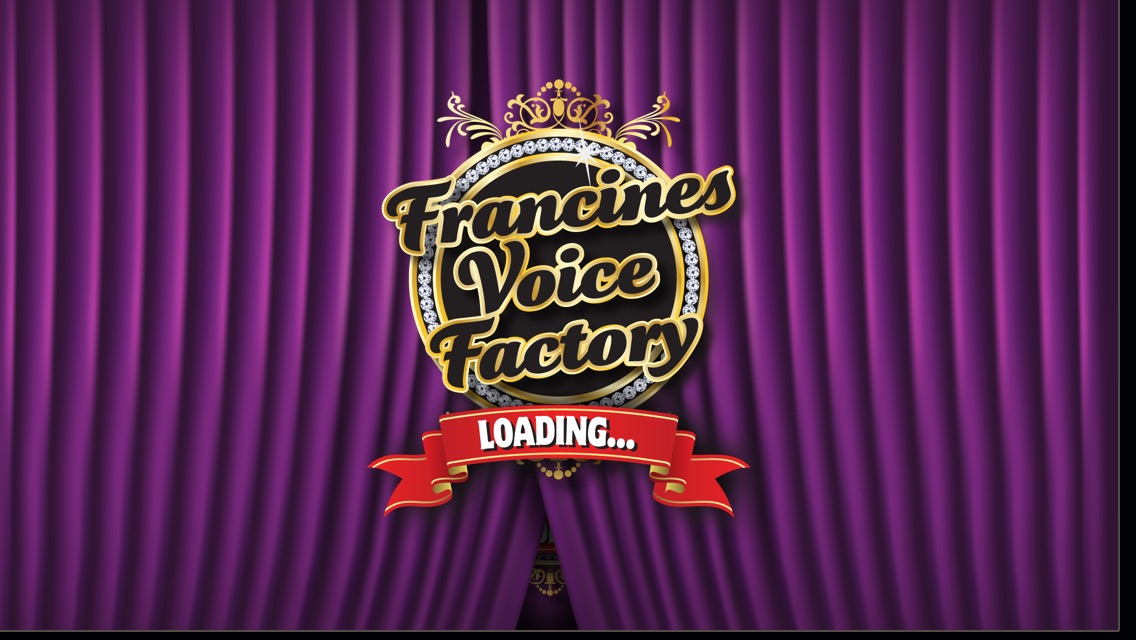 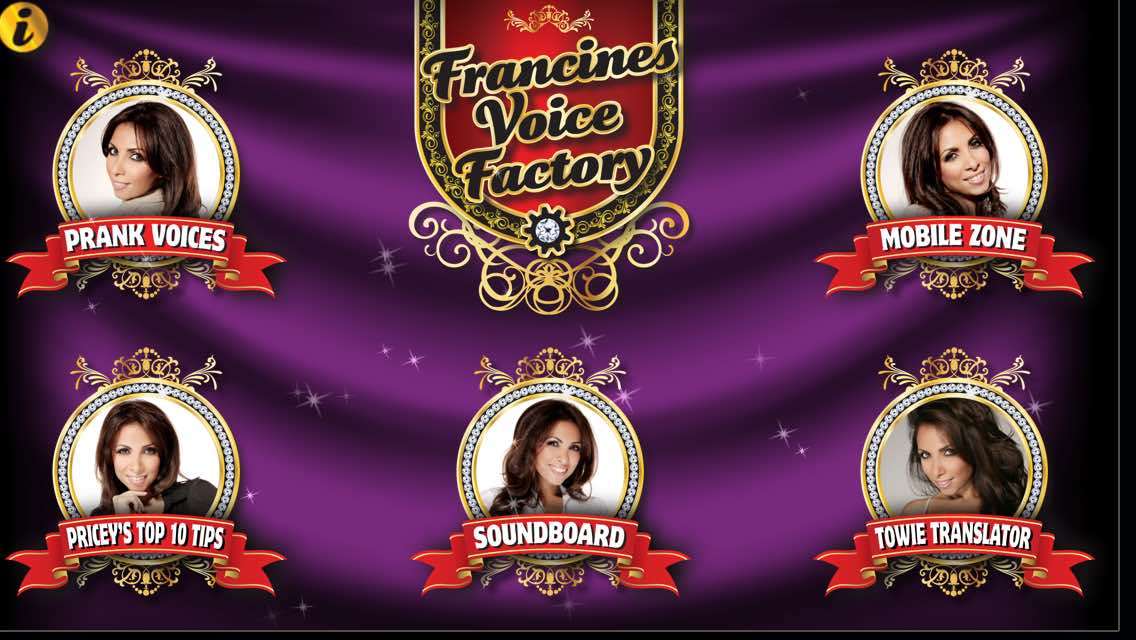 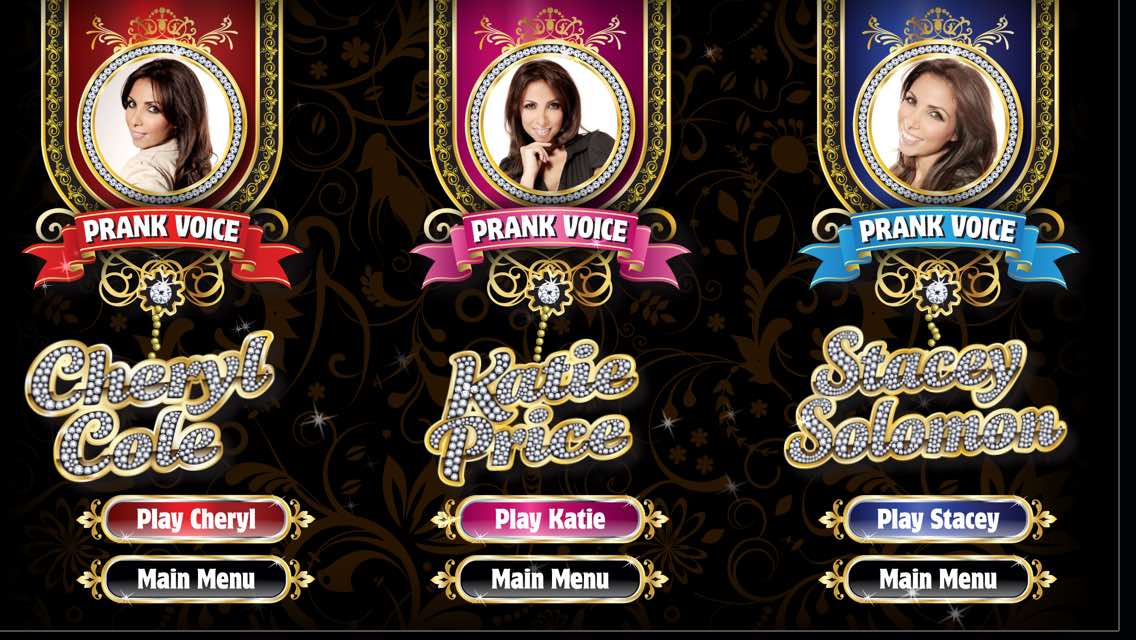 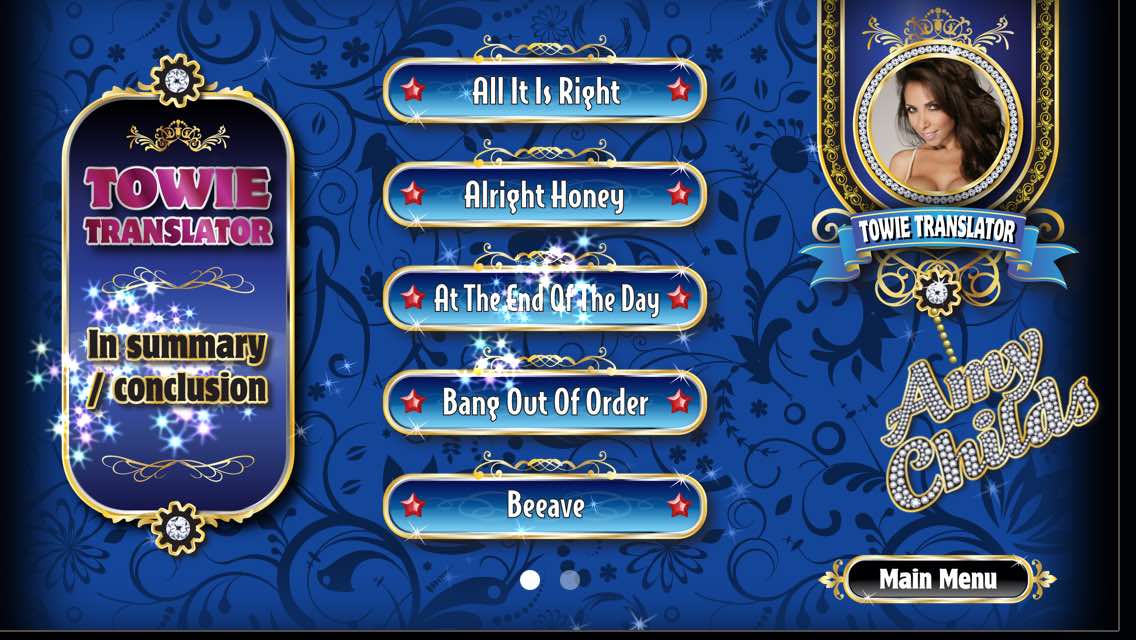 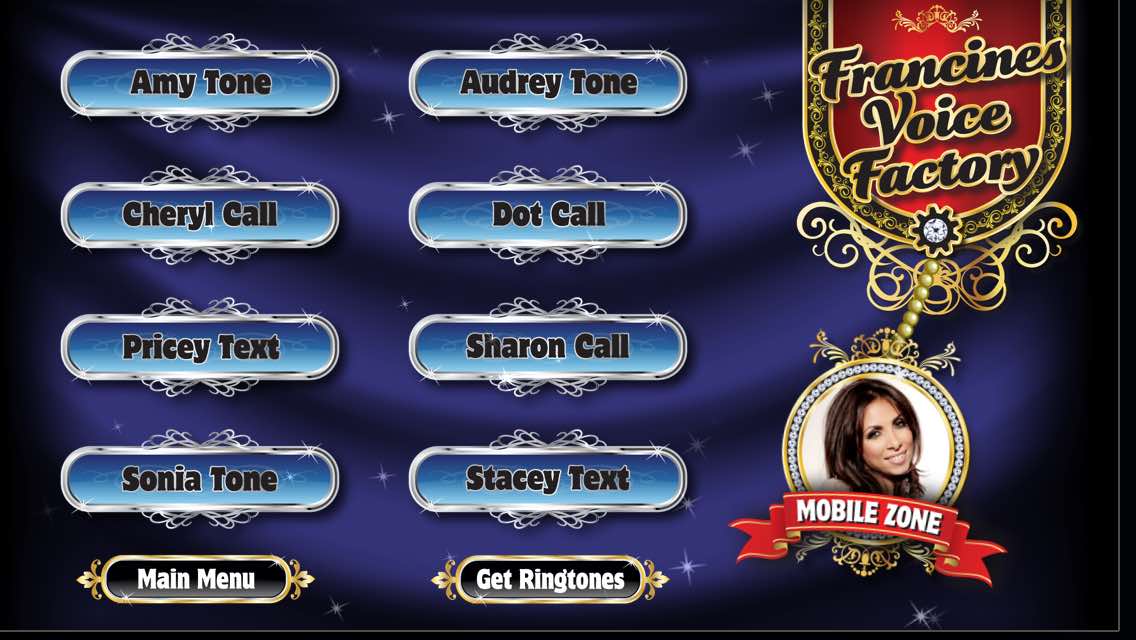 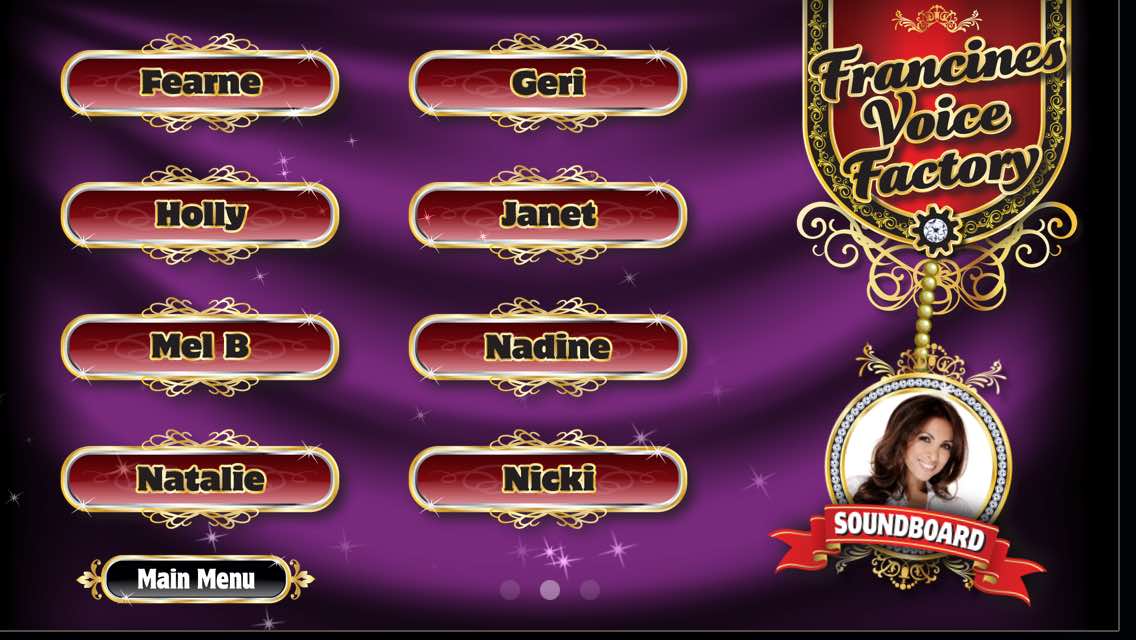 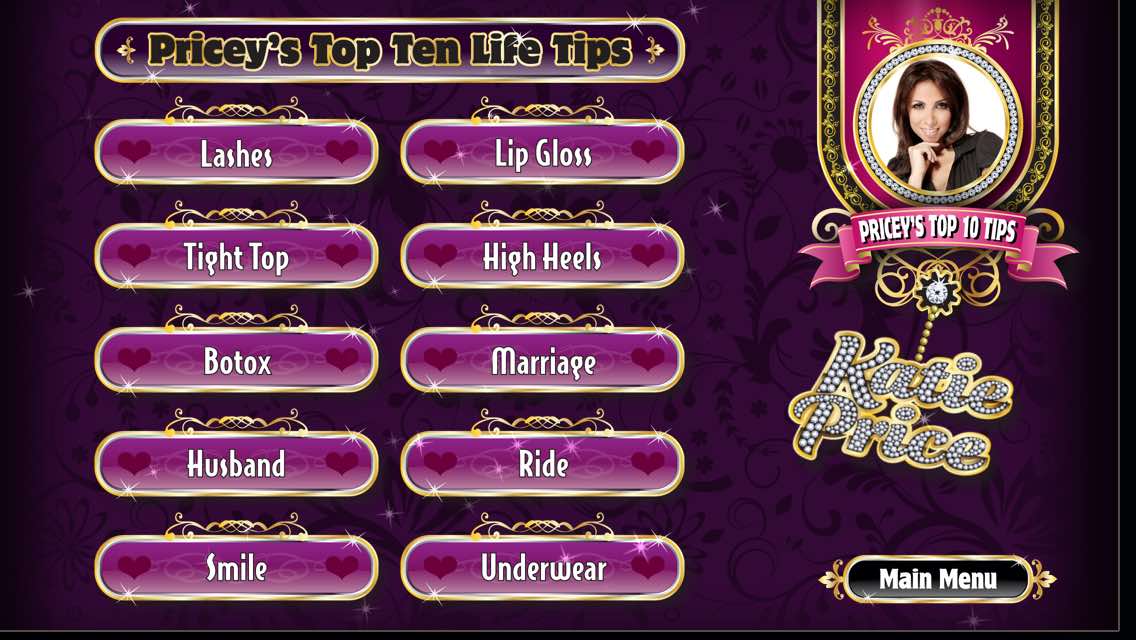 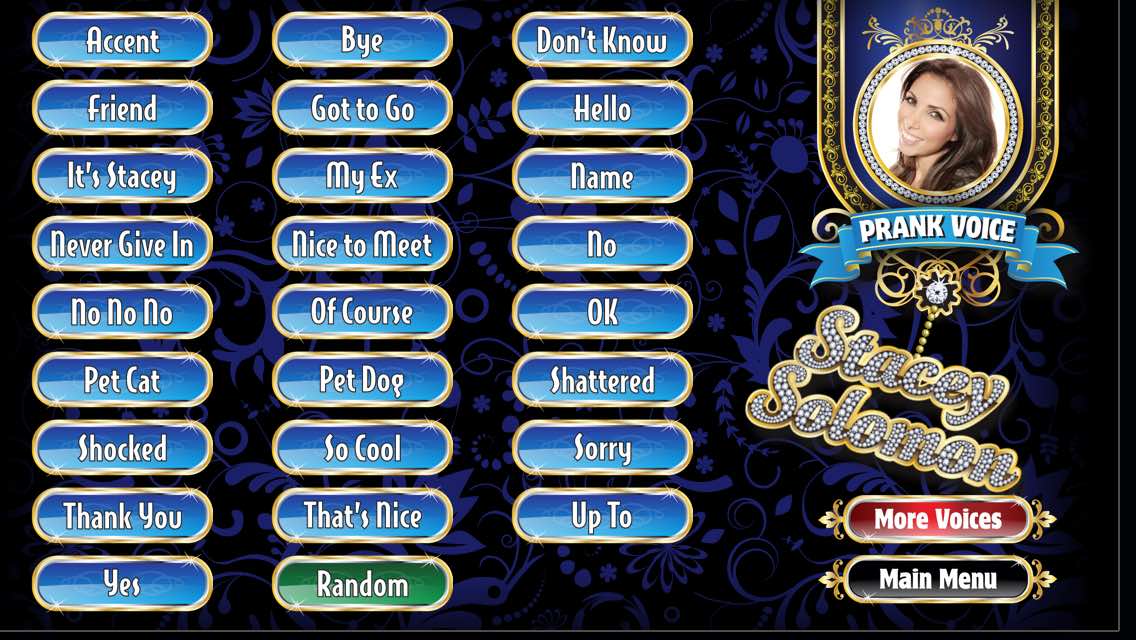 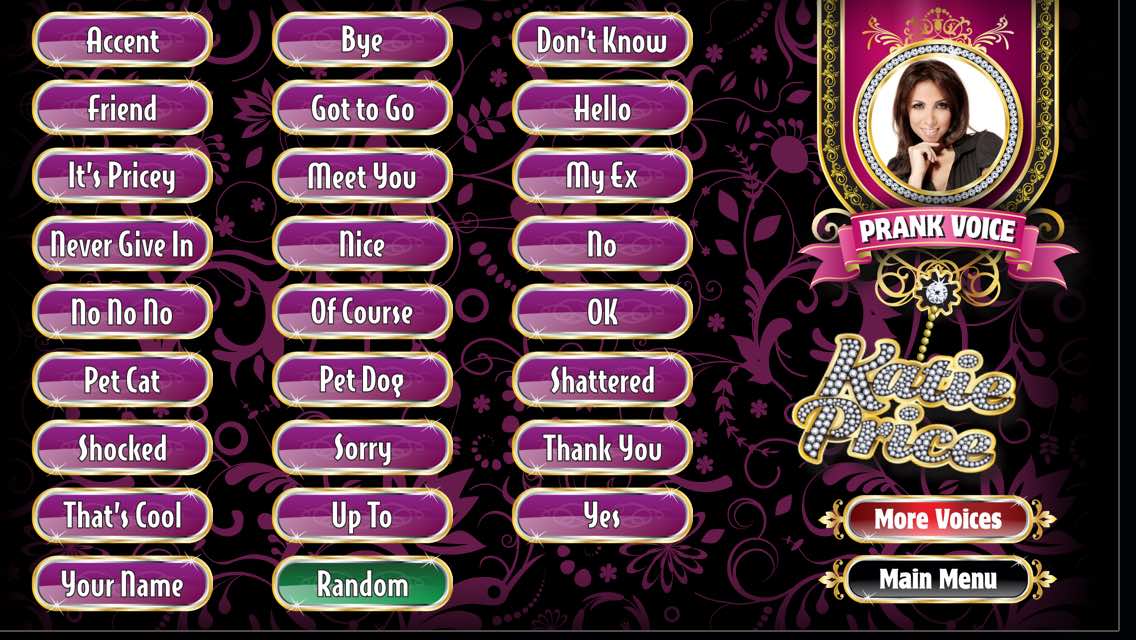 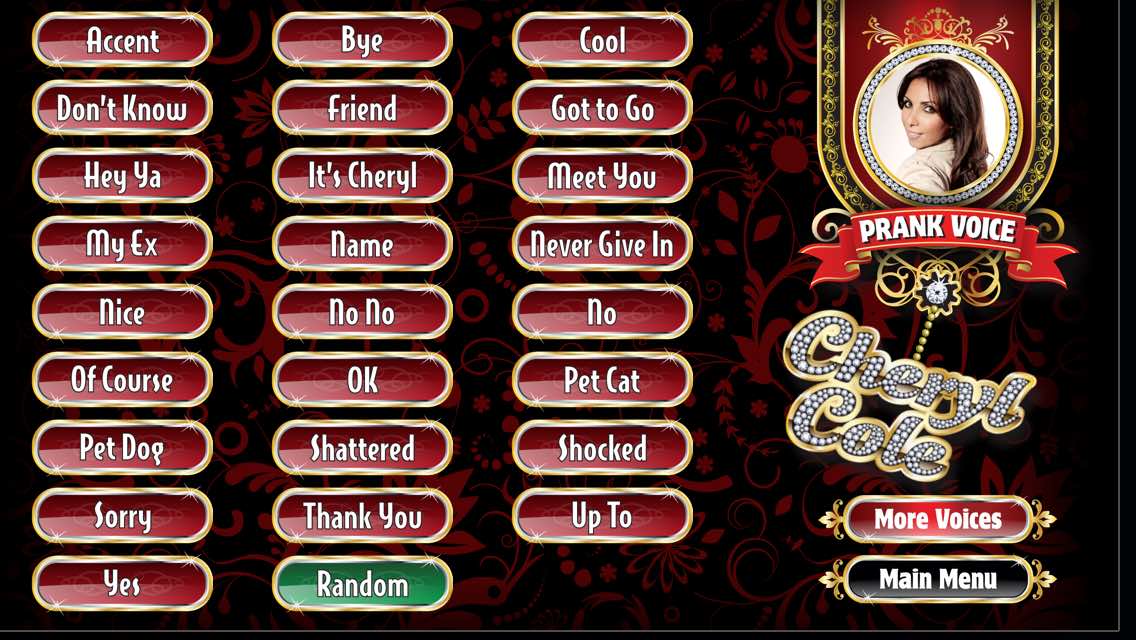 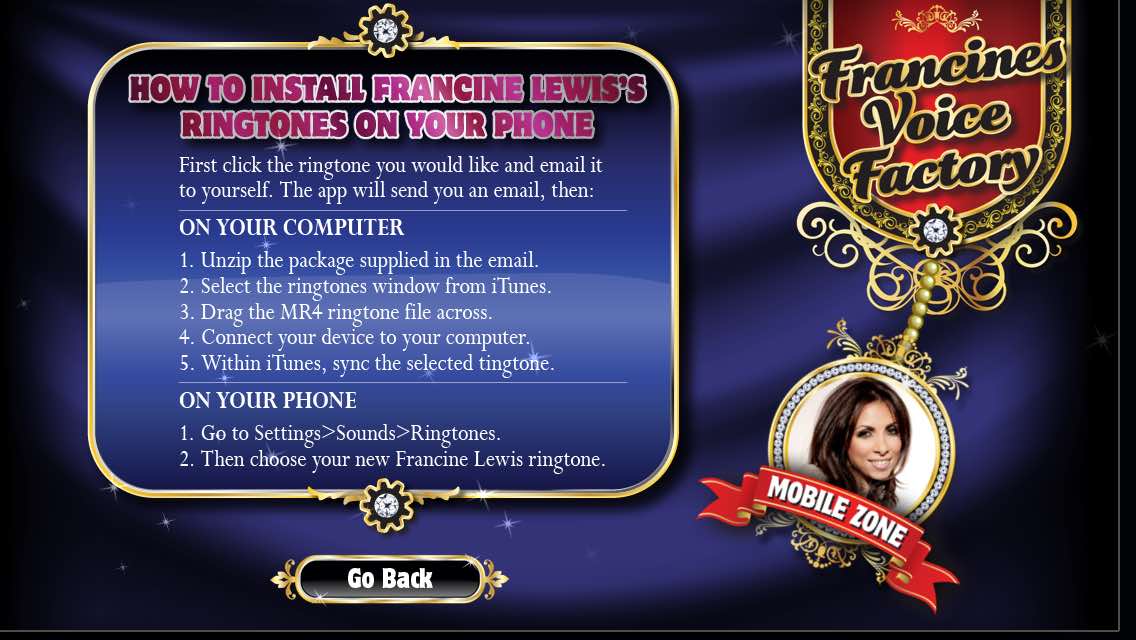 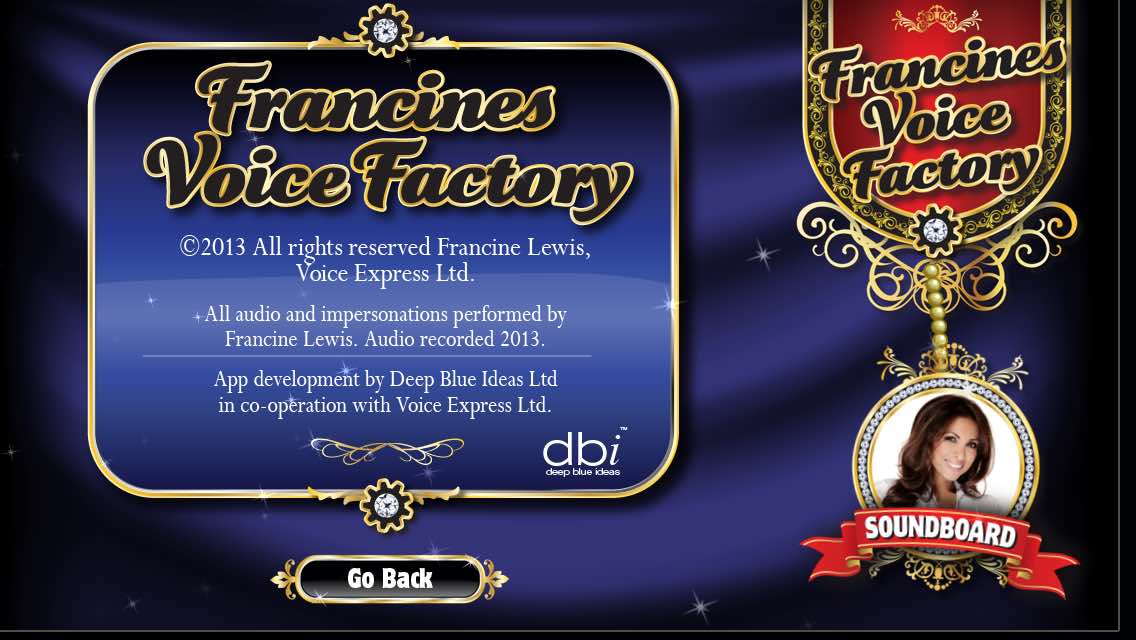 Fresh from the Britain’s Got Talent final! Set your ringtones, wind up your friends and simply have fun with the help of amazing impressionist Francine Lewis.

Prank Attack: Choose from Pricey, Amy or Stacey to wind up one of your friends. Simply call your mate from another phone and then activate the prank attack to make them believe you are with a famous celebrity.

Mobile Zone: Set a variety of ringtones and text alerts all free with the app.

Soundboards: Listen to many of Francine’s brilliant impersonations at the touch of a button

TOWIE Translator: Amy will talk you through the various TOWIE phrases and their translations

Pricey’s Top 10 Tips: Understand what it takes to be and stay at the top.

Francine Lewis was a star from the TV Show Britons Got Talent. Francine is a voice impressionist and wanted an app to show off her wide selection of voices.

This was the biggest challenge for this simple app.

1. A lot of audio voices.
2. Try to make the app engaging for the end user.

We decided on breaking down her voice ‘themes’ into sections and providing users with a way to download the impressions as ringtones for their devices. We also included lots of sparkles, glitter and movement with the pictures and banners.

Below is an early high-level process flow of the app – detailing the number o sounds and where they would be triggered.

Once the flow chart was produced and the app architecture direction agreed we we’re able to put the app together very quickly. 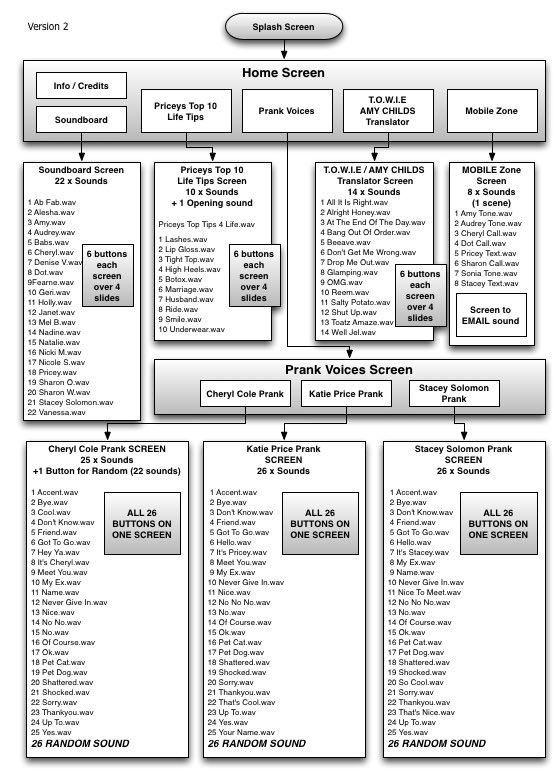 The translator
One of the actors Francine impersonated was a ‘towie’ actor with a thick accent, and some funny sayings. We develop a system where by the user could Tap the button to hear Francine’s impression, accompanied by a magical translator. All animated with lots of particles. 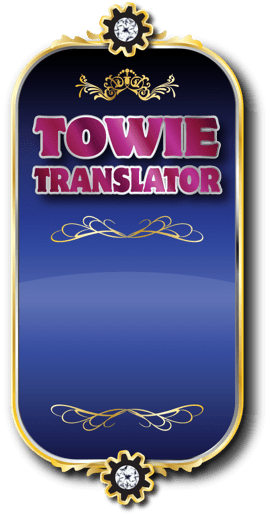 Be the first to review “Francines Voice Factory” Cancel reply