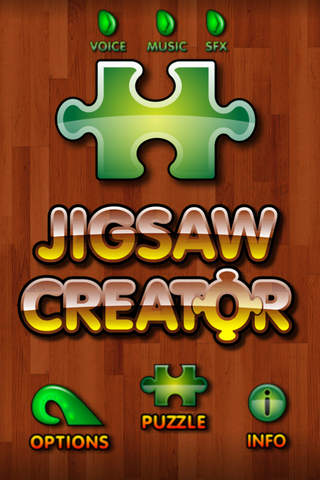 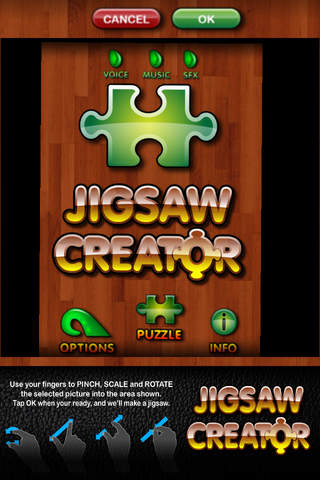 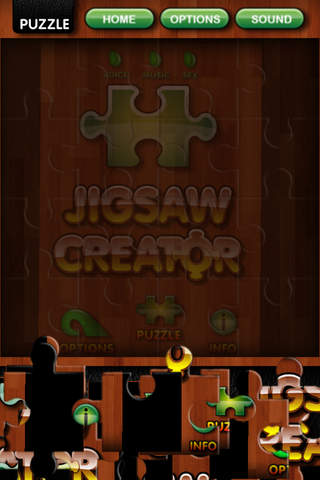 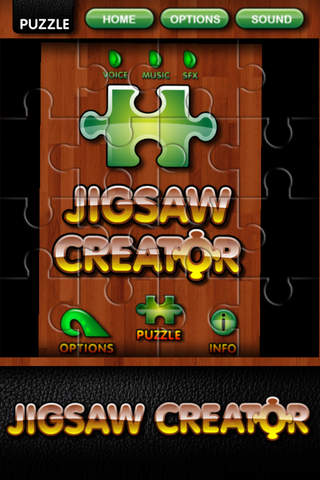 Does your child love doing jigsaw puzzles?
Welcome to Jigsaw Creator by Deanavryn Studios. For iPhone, iPad, iPod and Android.

Did you ever want to turn your own favourite pictures in to a jigsaw puzzle? Now you can. Select any picture from your Camera Roll or Photo Library and turn it in to a puzzle.

Use the iPhone’s built in camera to take a photo of anything you like and turn it in to a puzzle.

No more lost jigsaw puzzle pieces!
Puzzles can be done anywhere anytime. Even in the car.

Jigsaw Creator is now available as a stand alone app. It can still be found in our amazing Build a Scare children’s app.

Jigsaw Creator was a sub game we developed for our client, that they wanted separating out into it’s own app.

For the photo and camera capture methods we used Corona’s built in API access to the Camera and photo library. Additionally we created a section within the app where the user could pinch, scale and rotate the selected image – before converting it into a jigsaw.

The process to create the jigsaw and pieces:
The whole process is managed by slicing the photo into a grid (there were 3 grid patterns / difficulties) within this app.

1. Select a Picture
2. Slice the picture into elements (i.e. 9 x 9 slices = 81 sub images).
3. Apply a predefined MASK of each of the jigsaw pieces to the sliced images.
4. Each of the now masked images had a corresponding Reference ID which could only be positioned in a single place on the board. Therefore we knew if the user had dragged the piece into the correct location.
5. Each piece had a touch/drag reference, allowing the user to drag the piece into position.
6. Further, we added a ‘snap to grid’ to each of the jigsaw pieces, so the user could drop the piece and it snap into place if it was close enough.

This masking procedure was applied to all the image slices in realtime, as the user chose a picture.

Additional Features:
We also built in the ability to ‘see’ the finished jigsaw – and optionally, allow the system to complete the jigsaw. This happened by animating the pieces into their correct positions.

Be the first to review “Jigsaw Creator” Cancel reply