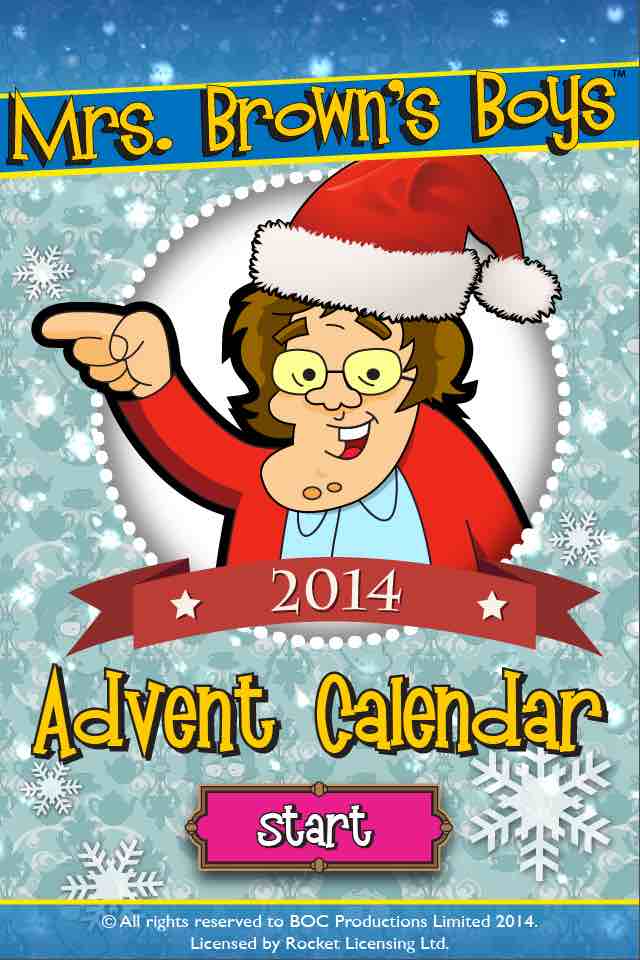 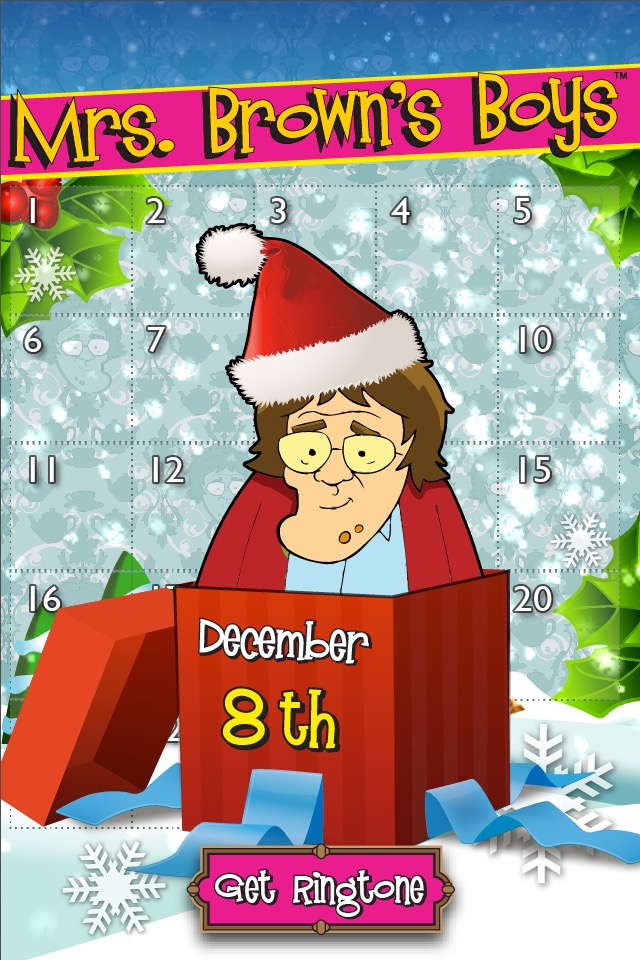 Open each door in the build up to Christmas and Mrs Brown will deliver a very special Christmas greeting each day.

You also have the option of then sending the Christmas greeting to one of your friends and/or saving as your own special Christmas ringtone.

On the 1st day of Christmas my true love sent to me……? Find out now!

As the app was to be a ‘simple’ tap the date, hear an amusing christmas related jingle by the actor, we need to inject some ‘movement’ into the app – to make it more engaging.

To this end, we added snow falling particle effects, and when the user selected a date to hear the jingle – we produced an animation effect.

When the user taps a date, a christmas present would come up on the screen, then a drawing of Mrs Brown would spring out – then the jingle / song would begin. Once done, the present wrap up and disappear again.

The processes required a handful of animation states and carefully timed sequences when to start / stop the audio. The finished effect work great.

As the app was free – with an in App purchase option (iap), the client wanted to include iAds on the screen – so we designed the app with this in mind. If an ad was available to show from Apple, it would appear unobtrusive along the top of the screen.

For the IAP, the voices and songs could only be listened to ON THE DAY, but with the full IAP unlocked version the user could listen to any songs – when they wanted. The user could also assign the songs to their deice to use as ringtones. 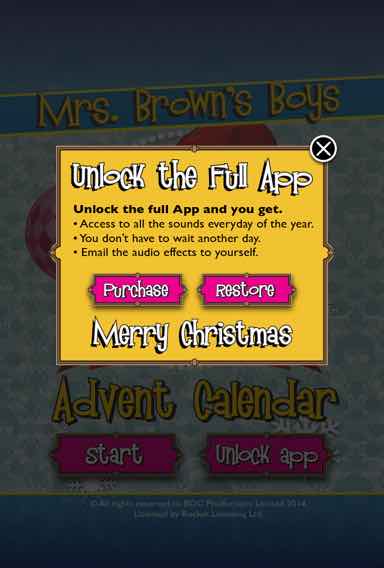